Uno! Ok – I can think of no better way to start this post than with a movie quote. After all, this is the Fred Posner blog, isn’t it? Ok, maybe it would be better if I gave the full Inigo Montoya quote but nonetheless, Buttercup is marrying Humperdink in a little less than half an hour.

After spending the weekend in Oregon with my family, Yeni and I joined my parents and cousins in New York City for a great weekend. Yeni had never visited New York before, and we tried to shove as much touristy goodness in 48 hours as could be humanly possible. What did we do? We went to Times Square, rode the Subways, walked across the Brooklyn Bridge, checked out the Statue of Liberty, whispered in Grand Central Station, walked all through Central Park, saw a Squirrel-Rat, visited Lincoln Center, the Museum of Natural History, and shared an ice cream in Brooklyn Heights.

Not shabby, huh? We snapped a lot of pictures, and have them posted at my Picasa page. The weekend it self was amazing. The trip home sucked. Let me sum it up in three words: US Airways Sucks. How much do they suck? The enormity of their suckitude is beyond all knows means of measure. Comparable to a black hole, they simply do not allow any intelligent thought to escape.

Scheduled to fly from Newark to Gainesville, Yeni and I took a cab from Carnegie Hall through the Lincoln Tunnel and into Jersey. All was well until we parted ways and I headed to my gate. All of the gate displays for US Airways were down and periodic announcements informed passengers of flight status. My flight was delayed; but we were told that there was no reason to worry and I’d make my connection. Well, they lied. Two hours after my flight was scheduled to fly, they cancelled it. And since it was now after 6pm, all remaining flights were booked. I was stuck in Newark and even worse… they weren’t helping me schedule a new flight. I had to grab a hotel and well… made it home 36 hours later. (The cheaper flight from Newark ended up being not so cheap) Long story short? US Airways sucks and I’ll gladly pay more to use another airline.

I’ve always dreamed of taking the Harley on a long ride. My two dream rides are still the 48 states in 48 days ride and the Forrest Run. For the Forrest run, I want to pack up Forrest with me and drive from one ocean to the other… turn around… ride to the ocean again… and then repeat until done. The 48 states run will be at least one meal in the 48 continental states. Anyway, I digress…

So, the lease on the Ann Arbor apartment started in early July. I of course wanted to be there to help and thought this would be a perfect opportunity to put some more miles on the bike. For the first time in 8 years, I put in for vacation time, packed up the bike, and headed on the road.

The trip should have been around 1000 miles. My good friends Patrick and Jessi live in Chattanooga, Tennesse – which ended up being just under half way. So the plan was to go to Chattanooga, eat dinner, spend the night, and continue on in the morning. Once I hit north of Atlanta, I could make out Blue mountain peaks in the distance and my heart just started beating a little harder. It was absolutely beautiful. The hills were so colorful, the road smelled like an air freshener, and I had to slow down just to take it all in. Just riding to Patrick’s house on the windy inclined road was amazing. The country was so beautiful that I added an hour to my trip taking the scenic route back to the highway.

From Chattanooga, I headed north and rode through some incredible mountain views. On some of the climbs the road would wind near some cliffs, and the views from the drop offs were just gorgeous. A smarter man would have packed the camera in a better place – but then again, just taking it in on the bike was more than satisfying. On some of the descents through the mountains, your ears would actually pop.

The ride was some of the most incredible scenery I’ve seen and the ride was phenomenal – until I hit Ohio. Cincinnati provided me a “back to reality” moment with traffic reminiscent of Miami or Manhattan. After taking 2 hours to go 30 miles, I took the first exit and didn’t choose wisely. I was unable to get back to the highway and the gas station / check cashing store was less than desirable. I started heading down a side road and within a few miles another Road King appeared in front of me.

At the next light I pulled up next to him and asked if I was headed to the highway.

“Where ya headed?” he asked.
“I’m going to Ann Arbor, Michigan.”
His old lady said “Hell, we’re going to Michigan, too. But we’re going to skip the highway until we’re way north of the cities.”
I smiled. “Ride together?”
“Sure, ya ever see Dayton?”
“Nope.”

They smiled and we were off. It was awesome. We took some really scenic routes and rode through the Dayton 4th of July festivities. Apparently they have been working to bring new life into downtown Dayton and it was really nice. Fountains on the River, lots of action on the riverfront, and just a great little run. In about an hour, we were at the highway, clear of all that city traffic, and the rest of the ride to Ann Arbor was smooth sailing.

I got to Michael’s house a few hours later than I wanted, but the kids were still up and Christopher was more than happy to see Uncle Fred’s motorcycle. The next day we had a great barbeque, and I couldn’t have imagined a better way of celebrating Independence Day.

So on the 5th of July, Yeni and I drove to the condo and started figuring out all the things we needed. We made a list, checked it twice, and then ended up with a 4 and a half foot long Ikea receipt. Ouch.

But the apartment is great. Lots of natural light, a one car garage, and some nice views of the clubhouse/pool. The furniture we picked out took a few days to arrive, but that gave us time to build the furniture we bought from Ikea. We’ve got a new TV, a nice couch, and as soon as my Gainesville house sells, I’ll be there full-time. I’m very excited about it.

Oh, and the next ride?

Yeni and I are planning to ride through Canada and visit Niagra Falls. 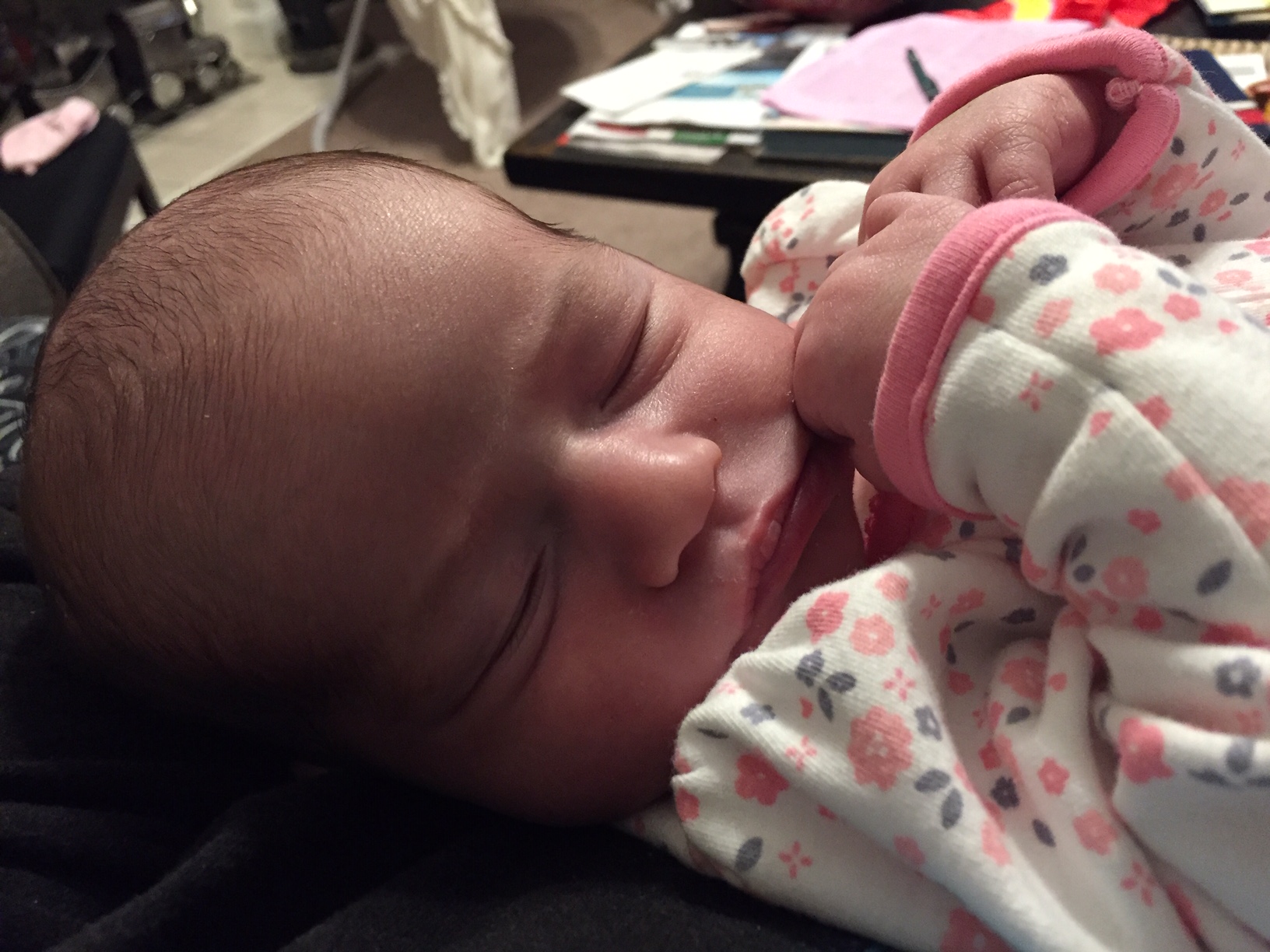