TL;DR A few weeks ago, I had some strong concerns over Sangoma’s stewardship of Asterisk and FreePBX. Since that post, Astricon showed that Sangoma definitely appreciates the open source VoIP community and I’m optimistic for the future.

I, along with 300+ others, attended Astricon 2019 during the last week of October in Atlanta, Georgia. This year’s Astricon differed dramatically from others — there was no expo hall, fewer presentations, fewer tracks.

Change is the law of life. And those who look only to the past or present are certain to miss the future.

Since the last Astricon in 2018, considerable change has come to the world of Asterisk; most notably the Sangoma acquisition of Digium. During that Astricon, David Duffett hosted an “Ask Them Anything” with Tony Lewis, Matt Fredrickson, Byran Waters, and Matt Jordan in which all participants affirmed Sangoma’s strong commitment to open source.

Ask Them Anything at Astricon 2018

Since this presentation, many changes did occur that started to generate some concern within the community. In February, David Duffett (former community leader and very visible public face of Asterisk) was let go from Sangoma. In April, Tony Lewis left… followed by Bryan Walters and then Matt Jordan.

The only person from the above video still at Sangoma is Matt Fredrickson (who is without question one of the nicest people on the planet). Matt Jordan has gone off to a small technology company, David Duffett is now Worldwide Community Advocate of SignalWire, and Tony and Bryan (along with several of the FreePBX engineers) moved to Clearly IP.

So, why bring up the past?#

With the personnel changes, differences to Astricon, and odd messaging, concern over the stewardship of Asterisk (and FreePBX) grew to the point where initial optimism had been replaced with pessimism.

In one word? Great.

Sure, with everything, there are criticisms… but let’s start off giving praise where praise is due.

First, the event ran smoothly. This may seem like a gimme, but this year, Sangoma ran the event, not TMC; which is a significant difference. Julie and Bekkah rocked and no matter what they may have been feeling, they were always smiling.

Astricon 2019 had the best social gathering of any Astricon I’ve attended (and I’ve attended quite a few). It was an amazing happy hour that lasted the entire evening. Great food, great networking, great location, and simply put a great event.

Since Astricon had fewer tracks/presenters, rooms were filled. As a presenter, it’s phenomenal to deliver a talk to a full room… and as an attendee, you know there’s even more audience questions coming.

Even with changes in company and staff, the Asterisk engineers still managed to release a new version of Asterisk in time for Astricon. Asterisk 17.0 released on October 25th. =)

Food at Astricon is generally OK, but this year… nothing short of excellent. You know it’s good food when you hear the buzz constantly.

There are some other criticisms such as namebadges… but I think that’s just coming from the TMC change and am hoping it get’s better next year. 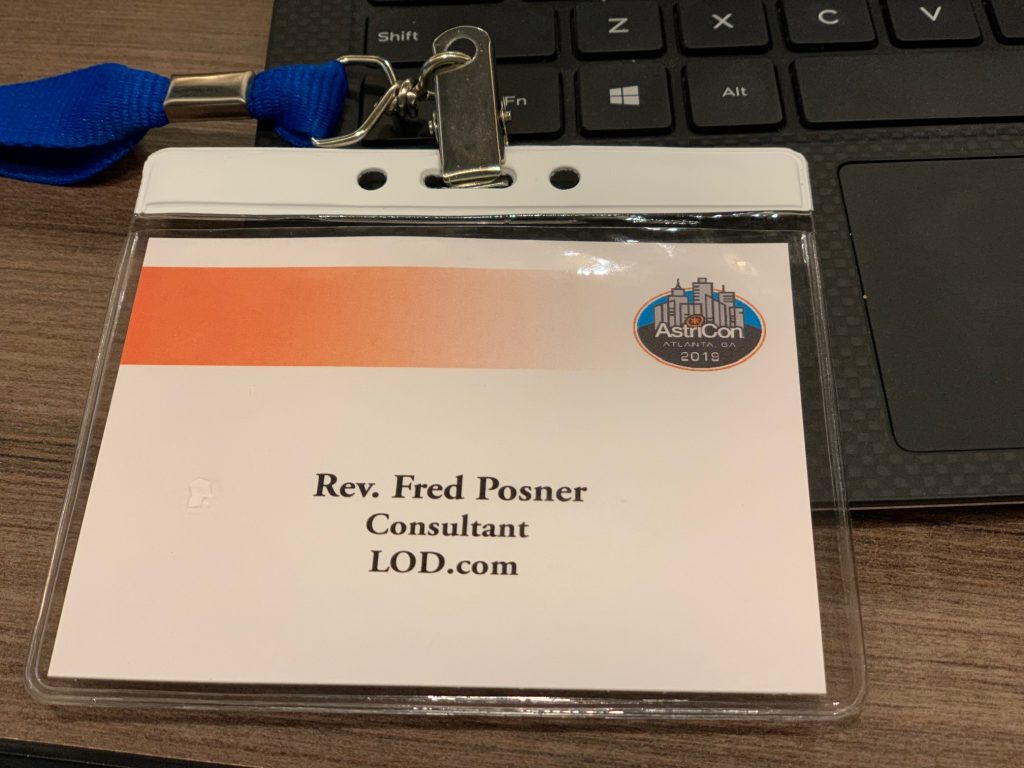 So, the huge elephant in the room is Sangoma and Open Source, especially since I called out some FUD from the company about a month before the conference.

First, Jim Machi (the VP of Marketing and author of the FUD piece) and Bill Wignall (CEO of Sangoma) reached out to both myself and Dan Jenkins to say that Sangoma is fully committed to open source and followed through on having personal discussions during Astricon.

Sangoma appointed Jared Smith as Vice-President of Open Source Community Development; Jared was already a Vice-President (Cloud Services)… so not sure if this is a “promotion.” This position is to help developers and maintain the communities around Sangoma open source projects (Asterisk, FreePBX, etc.), as well as help the executive team better understand open source. You couldn’t ask for a better choice for this position.

Bill Wignall took a considerable amount of his time to talk with Dan and myself about Sangoma’s commitment to open source. I’ll say in the 10+ years I’ve been attending Astricon, I’d met Danny Windham (former CEO of Digium) at least 15 times… each time having to introduce myself and each meeting having him clearly not interested in anything I wished to say.

Bill met me once, and then recognized me. Took the time to listen and went out to dinner with open source community members. Bill is definitely making an effort to show the commitment to open source and I’m once again optimistic for the future.